andLinux is a complete Linux system which is seamlessly integrated into Windows (running on Windows 2000, XP, 2003, Vista). It uses CoLinux as its core, which is a port of the Linux kernel to Windows. That makes andLinux run more efficiently than Linux on an emulated PC. 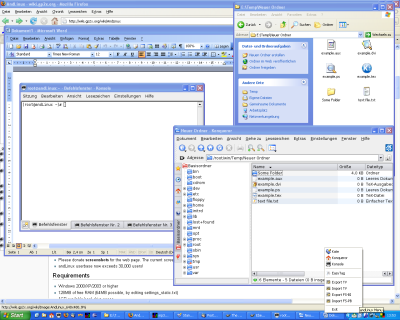 In 2007, I started by improving the Windows integration of the andLinux prototype and by building the new web site; in 2008 and 2009, I developed the 32-bit versions Beta 1 and Beta 2. Further information can be found at http://andlinux.sourceforge.net/ or http://sourceforge.net/projects/andlinux/.